Zvërnec: The Coastal Pearl Of The Adriatic Sea 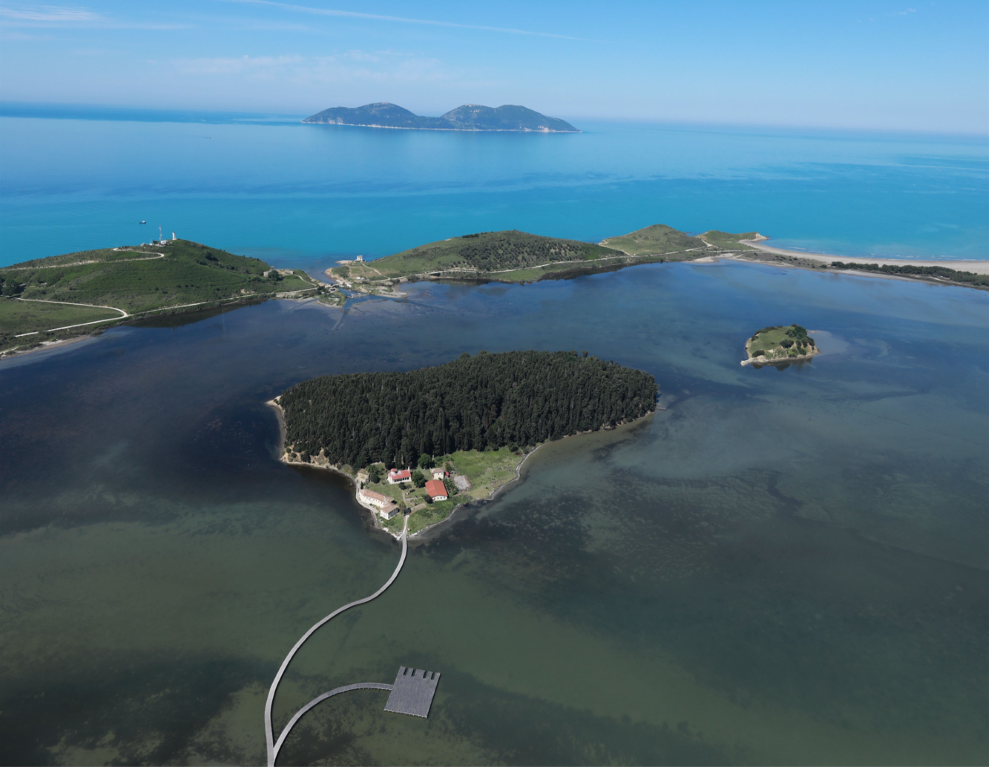 Zvërnec: The Coastal Pearl Of The Adriatic Sea

The attractive coastal village of Zvërnec stands 14 km (8.7 mi) away from the port city of Vlora in southern Albania. It stands in the middle of a beautiful natural habitat with the forest of Soda south and the Narta Lagoon east and north. Since 2015, Zvërnec has been part of the Vlorë municipality.

The houses of Zvërnec occupy the strip or peninsula south of the Narta Lagoon known as the “Kepi i Triportit” (“Cape of Triportit”). This cape marks the northernmost border of the stunning and large Bay of Vlora. Lagoon waters touch the village area on one side while sea waves do so on the other. Inland, a pine forest surrounds this community, adding a wonderful scent to the fresh air.

The highlight of Zvërnec is its nearby island, bearing the same name. The pristine isle amid the lagoon adds to the overall beauty of the location. A 270 m (886 ft) long wooden bridge connects the island with the mainland. The isle covers a small surface of about nine ha; it stretches in length for 430 m (1,411 ft) and in width 300 m (984 ft). Covered entirely by tall pine trees, this habitat is the perfect escape for those who love untouched nature.

Because of its remoteness, it’s no wonder why an old monastery still stands on the small Zvërnec island. Known as the church of the Virgin Mary, the structure reflects typical Byzantine architecture. Scholars date its construction somewhere between the 10th and 13th century C.E. The oldest part was made of only a naos and a narthex. At a later period, the intriguing exonarthex or portico was erected, along with the belfry.

The small dome and exonarthex stand out, especially as defining elements of the architectural style of the Zvërnec monastery. Seven store arches supported on six columns make up the exonarthex. Meanwhile, the dome adds some contrasts by incorporating different building materials (such as the combination of small stones and bricks bonded with mortar). Of note inside is an icon of the Virgin Mary by painter Tërpo Zografi, who began his activity in 1782.

Zvërnec stands in an area with an old but still mysterious legacy. On the southern side of Zvërnec, an ancient port has been discovered, most of which is now underwater. Scholars believe such ruins belong either to those of the Bylliace city (mentioned by Strabo) or those of Aulona (the ancient predecessor of modern Vlora). Either way, this was a thriving place back in time. The famous writer and philosopher Lucian may have visited this specific place in about 150 C.E.

The community of Zvërnec has a long tradition of hospitality and solidarity. After the destruction of the ancient port, the village took its shape probably by those seeking shelter from pirates across the Mediterranean. Also, the cape welcomed hundreds of Hebrew families that fled the Spanish Inquisition after 1492. Centuries later, in 1913-1916, there found shelter for many Albanians who escaped the aggression and persecution of the Greek army purging across the Albanian south. The same situation repeated during World War II, especially in 1944-45, with Albanians and Jews escaping Greeks and Nazi Germans.

During the communist regime in Albania (1945-1991), Zvërnec village fell into an isolationist mode while the isle was abandoned and used only for political internees. As for the town and its inhabitants, the information is limited. Zvërnec appears in a regional document of 1873 as having 17 houses. By 1960, this same community had expanded into 65 families. Currently, Zvërnec has a population of about 1,200 people.

The Welcoming Habitat Of Zvërnec

Now, the village awaits tourists from all over the world. Its coast offers a laid-back experience for tourists seeking more remote vacation destinations. Zvërnec beach, although not a typical summer beach, offers some stunning spots for relaxing, swimming, and professional diving. However, visitors with children should be extra careful as bay watchers (or other first responders) are absent in the immediate area.

For outdoor enthusiasts discovering the charming island, it’s best to do so during the day. The large pine forest holds a large population of bats that disturb visitors at night. Zvërnec village is also an ideal destination for vacationers in Vlora; the picturesque town is just 15 minutes by car away from the southern city.