Paeonia and the Paeonians: The Pre-Slavic Civilization of North Macedonia 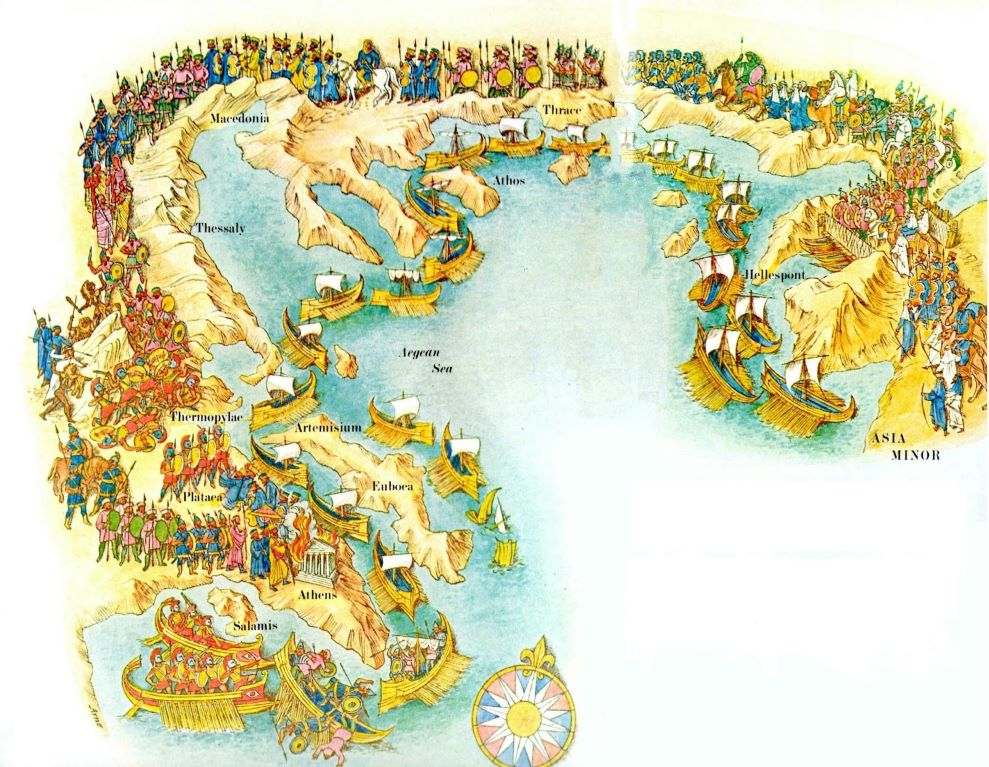 Paeonia and the Paeonians: The Pre-Slavic Civilization of North Macedonia

The Paeonians were an Illyrian tribe who in Antiquity were found along the upper valley of the river Axios (Vardar) all away into the river Struma in the east (current western Bulgaria). Their region was positioned in between the lands of the Dardanians and the ancient Macedonians. In the northwest Paeonia bordered the lowland of Pelagonia; in the north, the Illyrian tribes of the Dardanians and the Autariatae bordered them. In the east and southeast of Paeonia, Thracians were the ones that were most commonly found. In the south, the kingdom of Macedon was located. Domestically, apart from the Paeonians, Paeonia was composed of various generally Illyrian tribes such as the Agrianes, Laeaeans, Odomantes, Paeoplae, Almopians, Doberes, and Siropaiones. The lands of Paeonia correspond in large parts with the current lands of the FYR Macedonia. It should also be noted that Paeonia should not be confused with Pannonia (a Roman province near the Danube River).

The Paeonians are first mentioned in the epic work “Iliad” attributed to Homer. In that poem, the Paeonian tribe is listed among the allies of the Trojans in the Trojan War (c. 1180 B.C.E.). The Paeonians founded their own kingdom sometime during the first half of the IV century B.C.E. According to Polybius, the most important city of Paeonia was Bylazora (near Knezhje in modern FYR Macedonia). This city was positioned along the main road that led into Pelagonia through the valley of Babuna and Raec, thus connecting Macedon with Dardania. As a result of its strategic position, Bylazora was the target of both the Dardanians and the Macedonians. For the side that controlled the city, it meant holding a secure bridgehead into the lands of the other rival. In fact, the whole region of Paeonia was often turned into a buffer zone situated between the stronger states of Dardania and Macedon. It was in Paeonia where the Macedonians and Dardanians often clashed with one another. It appears that Bylazora itself soon fell into the hands of the Dardanians until in 217 B.C.E. was conquered by Philip V of Macedon (r. 221-179). As a result of the Dardanian conquest, the capital of the Paeonian kingdom moved further south into Stobi (Gradsko).

“There is set in the midst of the lake a platform made fast on tall piles, to which one bridge gives a narrow passage from the land. In olden times all the people working together set the piles, which support the platform there, but they later developed another method of setting them. The men bring the piles from a mountain called Orbelus, and every man plants three for each of the three women that he weds. Each man has both a hut on the platform and a trap door in the platform leading down into the lake. They make a cord fast to the feet of their little children out of fear that they will fall into the water. They give fish as fodder to their horses and beasts of burden, and there is such an abundance of fish that a man can open his trap door, let down an empty basket by a line into the lake, and draw it up after a short time full of fish.” Herodotus (V, 16)

War against the Persians

Megabazus, a Persian general, was appointed by Darius to control the Persian conquest in Europe. Herodotus states that the general conquered first the Perinthians who inhabited the area around the Hellespont. After the victory over the Perinthians, Megabazus was ordered directly by Darius (who at the time resided in Sardis) to advance further west, into Paeonia. The plan of the Persian ruler consisted of opening a clear way into Macedon by forcefully relocating some of the Paeonians who blocked this way and replacing them with other more friendly Thracian tribes. Upon hearing on the march of Megabazus against them, the Paeonian tribes joined forces and prepared a defense near the coastal area (near Philippi) assuming the Persians would assault them there. Megabazus, aware of the prepared defense of the Paeonians, avoided the direct clash near the seacoast by following a different route that passed through the highlands (Gazoros). Thus, the Persians entered eastern Paeonia that was left unprotected from the Paeonian ineffective mobilization further south. Here, the Persians captured many Paeonian families that he exiled into Asia Minor.

The successful campaign of Megabazus against the southeastern part of Paeonia allowed the Persians the control of the strategic area from the mouth of the Strymon up to Prasiad Lake and the Rupel defile. However, Megabazus did not advance further north for either he was not instructed and/or unwilling to do so, or he found it unwise to further engage in battles against other better positioned Paeonians that held naturally defended positions at the foot of the Pangaeum. Megabazus may have been content to advance as far as the mountain of Belasitsa that he must have considered a natural border that separated the lower Strymon with the hinterland. The Persians had already increased their presence along the Aegean coast that was their priority at this time and thus did not marched towards the hinterland, although the Pangaeum, where gold and silver mines were present, could have provided an important target and possession. Ultimately, Herodotus writes the following concerning the other parts of Paeonia:

Other lands of Paeonia were conquered by Alexander I of Macedon during 498-454 B.C.E. Notably, these consisted of the narrow portions along with the lower Axios (Vardar) including Pella and the seacoast. These conquests would deny the remaining Paeonians any direct access to the sea. During the same time, the Paeonian lands that had previously been invaded by the Persians fell under the control of Macedon. Furthermore, during the same century, the Thracian tribes would overrun other portions of Paeonia. These parts that were annexed by the Thracians included the lands around Lake Prasiad as well as those of the Pangaion. These changes would limit the Paeonians into the middle stream of Axios and along the valleys of its rights and left tributaries. It was these areas that should be regarded as the political entity of Paeonia including within it important cities such as Prilep (Stuberra), Bylazora (Veles), and Astibos (Štip). This condensed entity would border Macedon on the place called the Iron Gate (Demir Kapija) just north of Gortynia (Gevgelija). On the other hand, the mountains in between Scupi (Skopje) and Bylazora (Prilep) would separate Paeonia from Dardania. These would be the extents of the Paeonian entity during 454-358 B.C.E. The victory of Philip over the Paeonians would allow the Macedonians the annexation of some of their territories, notably the lands around Stobi after 356 B.C.E.

Paeonia returns to the attention of ancient writers by the time Philip II was proclaimed king of Macedon. In the spring of 358 B.C.E., Philip II marched with his army through the mountainous region in the north of Macedon and entered Paeonia. This represented the first campaign of the Macedonian king after he had reformed his army and introduced the “phalanx” among his forces.

The Paeonians, unaware of Philip’s new tactical “inventions”, decided to meet the enemy in an open field. Estimations suggest the Paeonians fielded about 1,200 cavalrymen and 5,000 foot-soldiers (of which 4,000 elite warriors facing the enemy’s phalanx in the center).

Philip’s forces, superior both in numbers and ability, engaged and defeated the enemy. The battle was over soon as the remaining Paeonian fighters scattered into the tree-covered hills nearby. The forested area prevented Philip from pursuing the enemy but by now he had achieved his objective. The Paeonians were forced to recognize the authority of Macedon; Philip’s northern border was now secured from disruptive raids.

Alexander levied cavalrymen from Paeonia in compliance with the treaty of the country with Philip. Initially, the levied consisted of only one ilai (a military unit 150 strong). However, it received another 500 Paeonian reinforcements in Egypt (332) and an additional 600 at Susa (331). These riders were armed with both missile weapons and sidearms. They did carry a shield but did not wear a breastplate.

On the battlefield, Alexander usually deployed the Paeonian riders with the Scouts, on the flanks of the Companions. The Paeoanians were as such involved in the opening stage of the battle of the Granicus River (334) and Gaugamela (331), along with the Companion cavalry. At Issus, the Paeonians were under the command of Antiochus. After the Macedonian conquest of Persia, the Paeonians seem to have been left behind as a garrison there.

After the reign of king Audoleon, Paeonia went through a period of unrest and instability. The son and successor of Audelaon, Ariston, tried to hold the Paeonian throne but had to give up his design after the intervention of Lysimachus (306-281). Thus, Paeonia became part of the kingdom of Lysimachus and remained such until his assassination. The invasion of the Gauls from the middle Danube plain in 280/279, worsened the overall circumstances in the region. On their way south towards Hellas, the invaders ravaged the lands of the Paeonians.

In the period following the ravages of the Gauls, Paeonia was ruled by its two last kings, Leon (278/277-250) and Dropion (250-230). Leon, likely the younger son of Audoleon, ruled in a pragmatic and competent way, beginning the recovery of his country from the impoverished and devastated state. Only late into his reign, he was able to revive the monetary policy of Paeonia, though no longer through magnificent, monumental coins. Leon’s coins were only minted in bronze with the king, like his father, promoting his title of “basileus” (king).

Pavlovska, E. (2009). The Coinage of the Paeonian Kings Leon and Dropion.

7 thoughts on “Paeonia and the Paeonians: The Pre-Slavic Civilization of North Macedonia”