Theth: The Iconic Town Of The Albanian Alps 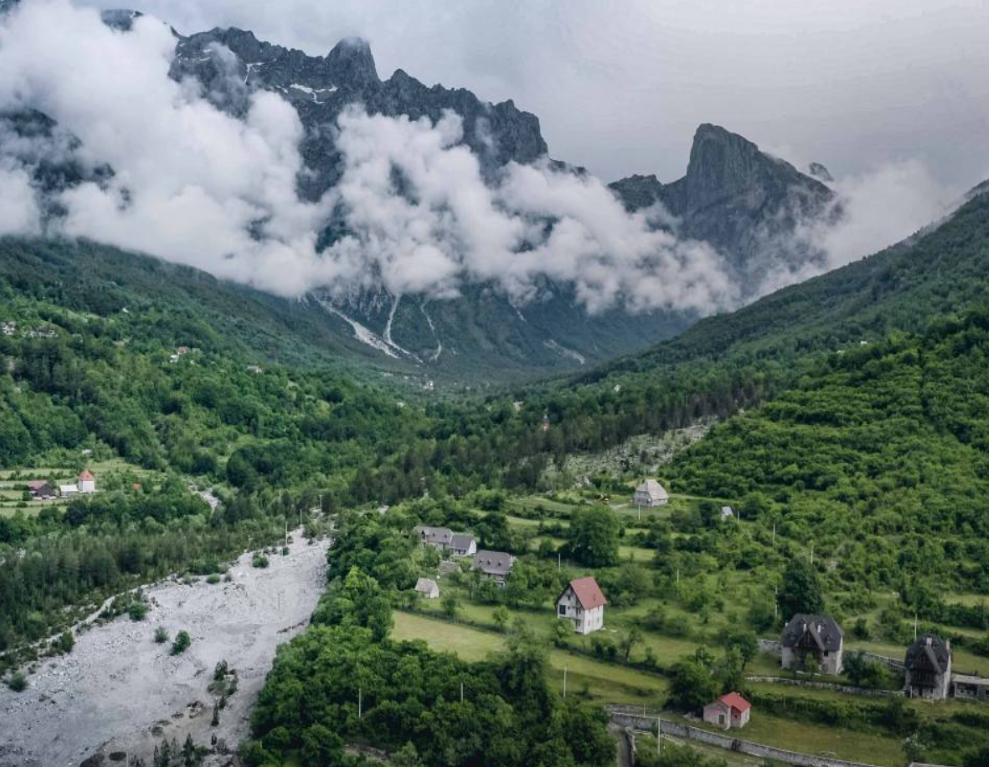 Theth: The Iconic Town Of The Albanian Alps

Theth village is a small and attractive community in the Albanian Alps. Visitors consider the town as having an immense beauty of unmatched stature in the Albanian nation. The northern village of Theth holds the key to the legendary Albanian Alps and is the core of the Theth National Park.

A Short Story Of Theth

The village of Theth appeared first in 1485, named Fusha (meaning “Field”), with only four houses. It emerged as a tourist attraction after 1890. At that time, Franciscan priests acted as local guides for the visitors. Amazed by the beauties discovered here, the visitors spread the word contributing to increased visits to Theth.

In 1905, the famous British traveler and writer Edith Durham visited Theth herself. The writer described it as the most beautiful village she had ever seen thus far. From then on, many adventurers followed the footsteps of the British author.

The bulk of tourists in Theth came from the nearby city of Shkodra. Doctors in Shkodra prescribed many patients a trip to Theth to recover from their health problems. In the following decades, ties between Shkodra and Theth strengthened due to this relation. Locals turned their homes into guest houses to fulfill the increased requests for accommodation. As such, a private-based hospitality industry developed that peaked each summer. This activity was sadly and abruptly interrupted only after 1945. Then the dictatorship centralized local tourism and prohibited any private initiative and free market transactions.

From 1945 to 1996, Theth struggled to sustain itself through tourism. In 1997, the community took another blow due to the damages caused by the civil war in Albania. A Dutch initiative to revitalize the industry that had started a year ago was thus interrupted. In 2011, a new chapter began for the small but precious town in the Albanian Alps. That year, the village became part of the Balkan Peace Park, an area focused on the cultural and commercial exchange between Albania, Kosova, and Montenegro. This project attracted masses of tourists from all over the world back in Theth.

Natural Monuments Of The Thethi Area

The natural beauties and attractions of Theth are surprisingly numerous for such a small community. Thus, in the southern part is the canyon of Grunau. This canyon is one of the most awe-inspiring canyons in Albania. After crossing this 2 km (1.2 miles) long and 60 meters (200 feet) deep gorge, you’ll discover another natural treasure; the “Syri i Kaltër” (“Blue Eye”) spring. This 100 square meter (1,076 square feet) and 4-5 meter (13-16 feet) deep gem, 7 kilometers (4.3 miles) away from Theth’s center, is the most visited attraction in the Theth area. The blue and emerald waters of Syri i Kaltër, hidden amid a beech forest, are stunning upon first sight.

The only nautical formation that can match the beauty of “Syri i Kaltër” is the Grunas Waterfall. Waters steaming from deep underground plunge here from 30 meters (98 feet) up above. It’s no surprise that this waterfall was declared a natural monument in 2002. Indeed, a hike into the iconic Grunas waterfall is a must. To get to this fantastic spot, you should follow the trail past Theth and along the Theth River, staying left for about 20 to 30 minutes.

There are multiple natural attractions in and around Theth, so it takes several days to taste them. Natural marvels include about 80 abundant springs, several glacial lakes, small waterfalls, Alpine caves, and corroded rock formations. Hand-made structures complement such natural beauties. The most iconic of such buildings is the old “Kulla e Ngujimit” (“Isolation Tower”), a three-story edifice reminding us of the once-upon-a-time laws of the local mountaineers.

A Trip To Theth

Despite awaiting many tourists, Theth has preserved its original character. Due to the need for preservation, guest houses represent the most common accommodating facility. As a result, the maximum capacity of Theth remains limited, at about 400 people at a time.