Lin Village: The Precious Gem in the Ohrid Lake 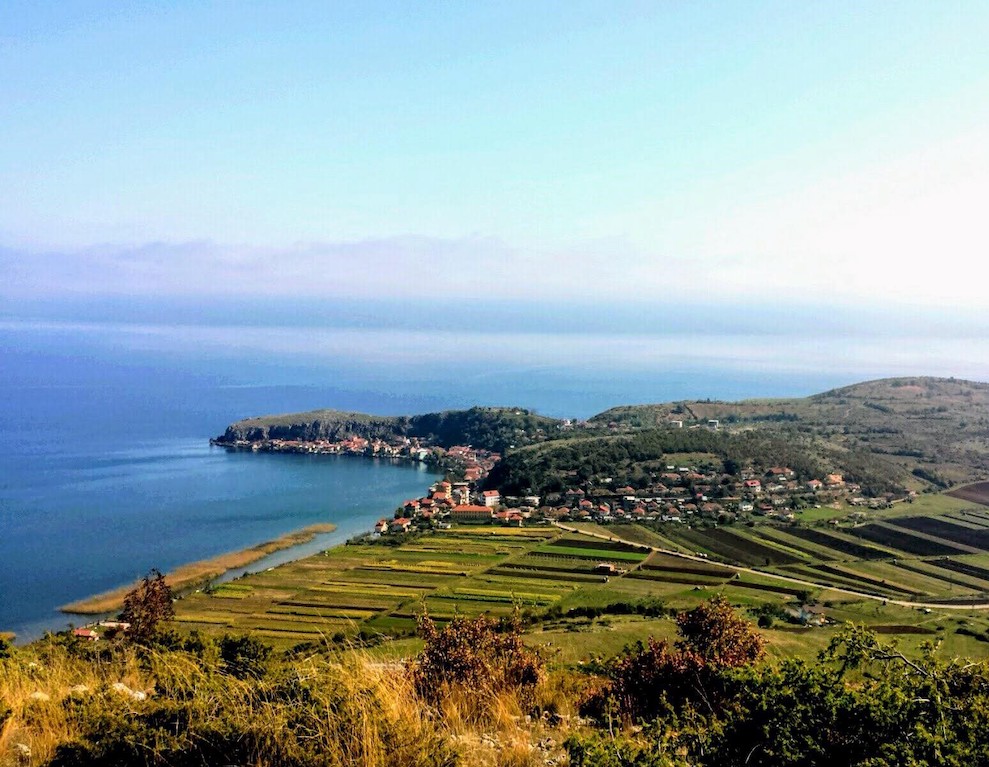 Lin Village: The Precious Gem in the Ohrid Lake

Lin is a small, picturesque village on an isthmus washed by the waters of the Ohrid lake. It is easily accessible along the Elbasan-Lin-Pogradec road. This fishing village offers a chilling, relaxing, and charming atmosphere that inspires and rejuvenates visitors. With its simplicity, Lin lets nature speak first and awaits artists and tourists who seek new inspiring images and memories.

The Lin’s ecosystem & Way of Life

Lin village is visible along the road that descends into Pogradec. The town occupies a soft spot on a smooth peninsula washed by the calm waters of the Ohrid Lake. Hundreds of people live in this joyful ecosystem. Their modest, rural houses, all roofed with red tiles, create a magnificent sight. Lin is where architectural features blend perfectly with the natural colors of the surrounding. This inspiring but still unexplored area has attracted various artists in recent years.

The way of life across Lin is very similar to that of the nearby city of Pogradec. The village is thus well-known for its handicrafts. Some handcrafts include carpet-making, embroidery of clothes, and other crochet works. Meanwhile, a predominant craft among the local men is wood engraving or xylography.

Meanwhile, the local cuisine, inspired by the lake, is as rich as the range of handcrafts produced. The main local dishes concentrate on fish such as the Koran (Ohrid trout), Belushka (Salmo ohridanus), Cironka (Gudgeon), and Pllashica (the Prespa bleak). Also, a tasty surprise is the wide range of poultry cooking. They range from wild ducks to shkurtëza birds (Common quails).

An Echo from the Lake’s Past

The small peninsula occupied by the Lin village tells the story of a habitat inhabited since prehistoric times. The earliest concrete finds date back to the early Iron Age era. Legends say that in those times, the peninsula was, in fact, an island far deeper into the Ohrid Lake. Other archaeological discoveries suggest that the ancient population did indeed live on the lake but in a different manner.

Rather than on a natural island, the ancient locals lived above artificial constructions called palafittes or stilt houses. These houses were inside the lake, where the depth reached about 2-3 m. This “island” was similar to other communities of stilt houses found nearby Korçë and Maliq.

One of the main attractions of Lin is an old mosaic in the remnants of a VI-th century Paleochristian basilica. This important archaeological site was first discovered in 1967 and fully unearthed in 1968. Local experts almost instantly recognized the unmatched cultural values of this site.

Lin is among the oldest of its kind in eastern Europe. As such, the village became a cultural monument of the first category in 1973, a status it still has. With some caution, tourists can easily access the mosaic that stands on open grounds and appreciate its composition. Some figurative elements include intertwining locks, birds, flowers, cups, grapes, and other intriguing geometric shapes.

Another attraction of the area is the so-called Bunker Church at the highest point on the cape. This site was previously a sole church. However, during the Cold War, the Soviet-inspired regime turned it into a bunker. Thus, a heavy concrete dome was placed above the church, turning it into a bunker. The concrete shelter against artillery fire remains and encloses the old church. This bizarre combination of communist madness and spiritual dedication has turned this spot into an attractive destination. Foreign tourists frequently visit this church.

Stuff to do When in Lin

Lin is visited each season of the year by domestic as well as foreign visitors. The rich and tasty cuisine, the picturesque views, and the ancient, sometimes bizarre, monuments make Lin an attractive destination for different types of tourists. Many inhabitants have turned their homes into guesthouses, thus both tailoring to the increased demand for tourist accommodation and preserving the rural and rustic identity of the village itself.