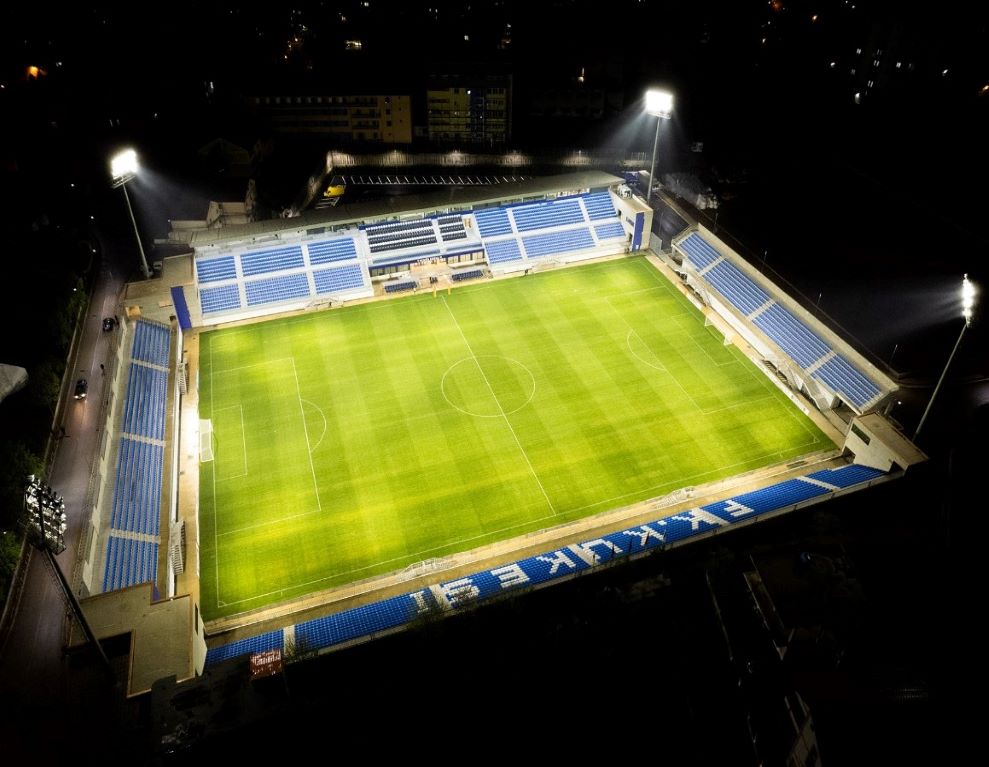 Kukës Arena is a stadium in the northern Albanian city of Kukës. It is used primarily for football matches as the home ground of local club FK Kukësi. The stadium can also host international games as it fulfills the required international standards.

A Short History of the Venue

The first major reconstruction of the stadium began in July 2010. At that time, the Albanian Football Association, Kukës Municipality, and UEFA jointly invested about € 800,000. The investment included modest infrastructural improvements such as turning the existing but depreciated tribune functional and laying a new grass pitch. The stadium was named Zeqir Ymeri in honor of a former notable football figure of the team. The modest ground opened officially on 30 November 2010 with a friendly match won by FK Kukësi 1-0 against Partizani Tirana.

In the summer of 2012, FK Kukësi secured promotion to Kategoria Superiore (the top Albanian division). To meet new requirements, the stadium went through another stage of renovation and expansion. In total, this new investment reached € 1,076,000. It included the construction of two new stands for spectators. When completed, the total capacity stood at about 9,000 people. The stadium reopened on 1 October 2012 to host a top-flight championship match.

The most recent works on the ground began in 2019. The following reconstruction was so intensive that it consisted of new construction. Such construction reached a cost of about € 9,000,000, split equally between the Football Association of Albania and the Albanian Government. It included the expansion and renovation of the existing central stand; the construction from the ground up of three other sectors (the frontal Shkëlzen Domi stand and the two sectors behind the posts labeled Neim Hoxha and Sadik Zeneli); lighting projectors; and winter-resistant pitch.

The central, enlarged stand remained the only one covered. It was split equally into two sections named Zeqir Ymeri and Gramoz Palushi. After its construction, the stadium took the name Kukës Arena. Kukës Arena opened officially on 23 April 2022 with the championship league game FK Kukësi versus KF Laçi (0-0). It concluded 92 years of the city’s struggle to establish a modern football stadium. The venue now has a comfortable capacity of 6,322 seats.