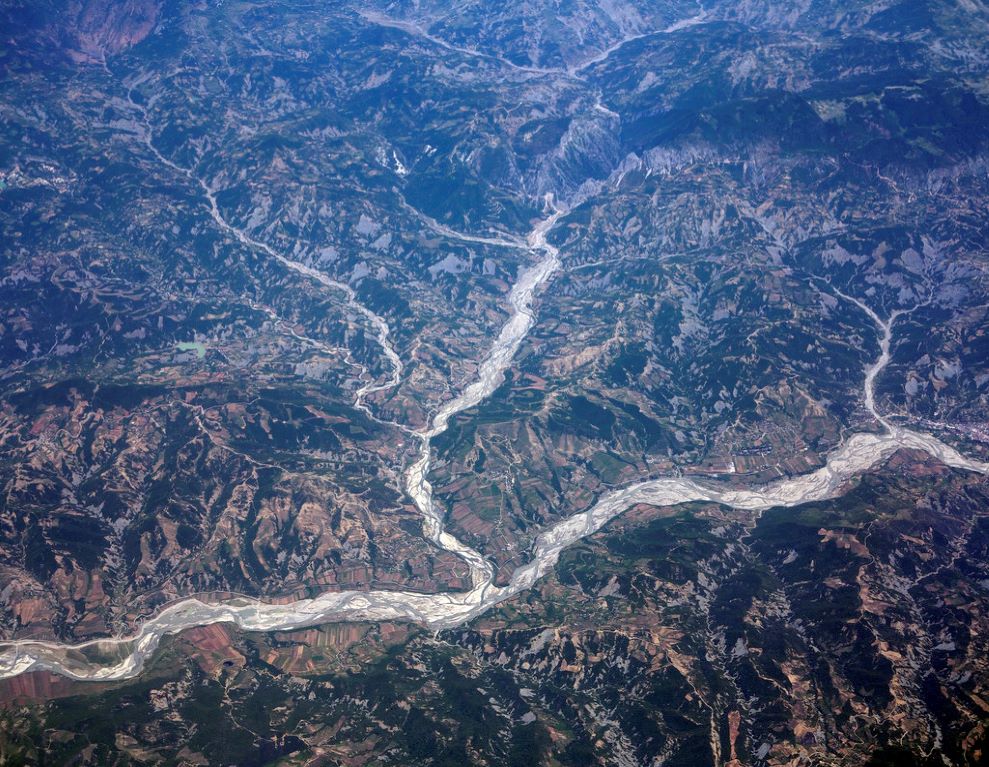 The Devoll River steams from the Gramoz mountain in southeastern Albania, close to the Greek-Albanian border. Devoll is 196 km (122 mi) long from its source to its joint point with the Osum River. Along with Osum, Devoll is one of the two main source rivers of the Seman river.

The Course Of The Devoll River

Mollas is the first main village where Devolli flows into its proper shape after it falls from Gramozi mount. From there, the river flows northeast, passing along the villages of Qytezë, Miras, Menkulas, Dobran, and Kuç. It then heads northwards until it reaches Bilisht, the town, and center of the Devoll District. From Bilisht, the flow turns northwest into Progër. In the gorge of Cangonj, the river enters into the field of Korça, a significantly fertile plain. Cangonj, called in antiquity Propilion meaning Guard of the Gate, has strategic importance in connecting the northern Korça plain with the upper eastern valley of Devoll. This point is also the most natural way to cross the mountainous barriers formed by Mali i Thatë in the north and Morava mountain in the south.

At Kozare and near the Arrëz village, Devoll ends its journey by joining with Osum river; the latter also comes from Gramoz mountain. Both form in this spot a new river, the Seman. The Seman river takes the waters of both Devoll and Osum into the Adriatic Sea.

A Key Source Of Renewable Energy

Devoll is a powerful source of renewable energy in Albania. It has a catchment area of about 3,139 sq. km (1,212 sq. mi). Two massive hydroelectric power plants use the river waters to generate energy. The construction of both HPPs, carried out by the Norwegian company Statcraft, took about € 590 million.

The Banjë HPP during 2013-2016. It now has a new embankment dam with an impervious clay core and is some 80 meters (262.5 feet) high. This dam near Gramsh forms a large and attractive artificial lake 14 sq. km. in surface (5.4 sq. mi.). The Banjë HPP has an installed capacity of 72 MV with an average energy production per year of about 255 GWh.

The Moglica HPP dam relies on a 167 meters (547.9 feet) high asphalt core filled with rocks, one of the highest of its kind in the world. This giant HPP has an installed capacity of 197 MV with an average energy production per year of about 450 GWh. / year.

A Short Profile Of Devoll River

Devoll has an average altitude of 960 meters (3,150 feet) above sea level. The main town along the course of this river is Gramsh, once the nation’s producer of the Chinese version of the Kalashnikov rifle.

As per history, the main event related to Devoll is that of 1108 C.E. At that year, somewhere along the river, near the Byzantine castle of Devoll, Bohemund of Taranto and the Byzantine Emperor Alexius I Comnenus signed the Treaty of Devoll. The treaty intended to make the Principality of Antioch a vassal state of the Byzantine Empire and curb Norman influences east of the Devoll river line.