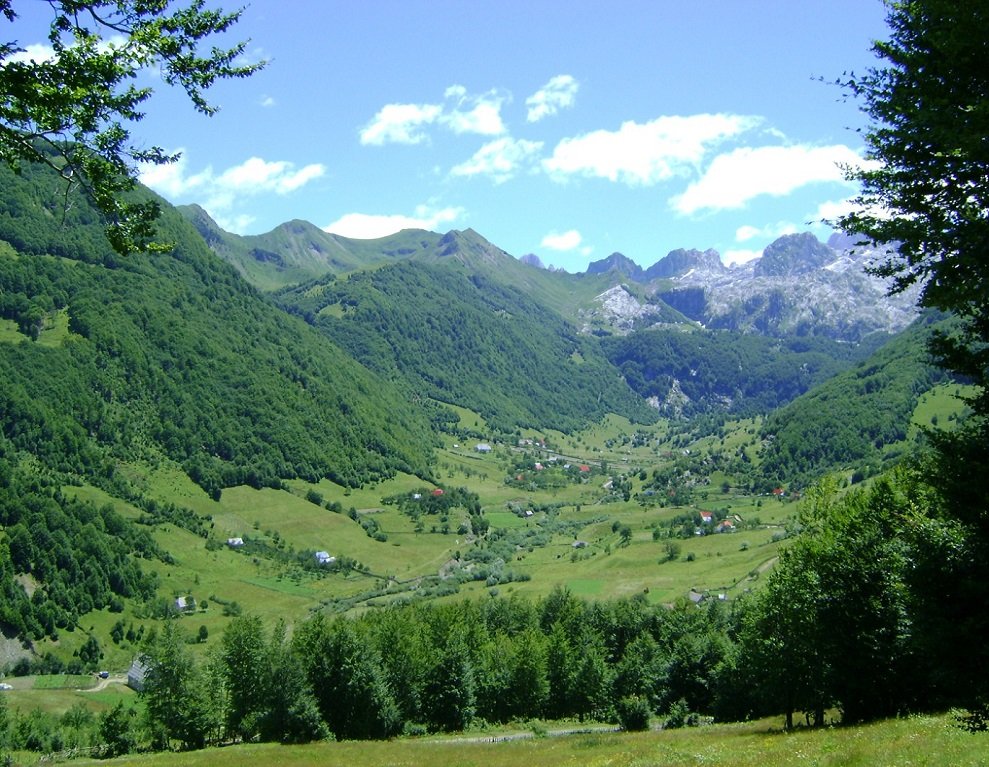 Albanian mountains are numerous, high, and diverse. Albania is one of the most mountainous countries in Europe; among many beautiful and interesting peaks, here are the top ten mountains to climb in Albania.

Jezerca is the second highest peak in Albania, the highest in the Albanian Alps and the Dinaric Alps, and sixth highest in the Balkans. The mountain is a rock giant piercing through the skies and dominating the surrounding landscape. The climb to the top is difficult and takes a full day. Climbers who attempt to reach its peak must be experienced and professionals, equipped with helmets. They need security cables in specific places. During winter, accumulated snow makes the hike harder.

During the ascent climbers should use crampons and ice axes. Also, belaging together is recommended to cross over icy slopes, exposed avalanche places, vertical walls, and tight ridges. The mountain can be climbed from the village of Theth and Valbona in Albania as well as from Vusanje in Montenegro. From Theth, you start at 800 metres (2625 feet) altitude, go through Qafa e Valbonës, and up to Lugu i Valit. You can set your camp here or stay at a local guest house. The hike from Valbona is shorter than that from Theth, but more difficult.

Korab mountain is the highest peak in Albania, fourth highest mountain in the Balkans, and twelfth highest in Europe. It rises in the Dibra region, along the Albanian-North Macedonian border, but it peaks in the Albanian side. Korabi is a very rugged mountain massif with a variety of geological and natural features. Blocks of rocks and limestone in some parts will give way to pleasant meadows on others; streams of White Drin River, hidden waterfalls, and flowery scented soft terrain at the mountain’s foot get replaced by deforested and majestic highs with fresh air, traces of melted glaciers and astonishing aerial views.

Adventurers can start the climb from the village of Radomira or the Castle of Doda. The journey is long and challenging so make sure you have the right food supplies and equipment with you. Climbers can take a much needed break in Zagrad village during their ascent or descent. Those who aim for its peak must previously go through some much needed periods of training and preparations.

Gramoz is the highest mountain across southern Albania with a base that spreads in both Albania and Greece. The mountain is part of the Pindus Mountain Range. In the Albanian part, you can begin the hike from the village of Starjë, north of Ersekë. The path continues along river gorges, meadows, small stream crossings and into the summit pyramid. The hike is a long one so an early start is recommended. The summit, also called Luka e Pecit, forms a natural border between Greece and Albanian Republic. From the valley below, the summit itself is not visible, only the summit pyramid. The climb towards the summit pyramid is relatively easy. The mountain peak is often covered by snow, so a climb during warm weather is preferred.

Nëmërçka is one of the most difficult treks in the country. It’s the next highest peak in the southern part of the country after Gramoz. You can begin the hike near Përmet, at the village of Draçovë. The climb into the summit is long and goes through steep and rocky terrain. The easiest climbing route is from the Zagoria valley on the west side. On the other hand, the east side is very steep and drops thickly into the Vjosa valley. Thus, only experienced and prepared climbers would attempt to climb the mountain from its east side. Climbers can easily spot the trail that goes through sheep paths, dense forests, and sheer rocky walls.

Tomorri is a legendary mountain near the UNESCO-protected city of Berat in south-central Albania. Is one of the most famous mountains in the country with a status similar to that of Olympus in Greece or Fuji in Japan. The mountain is part of Tomorri National Park, an area that covers a surface of 40 km² (4,000 ha) and that is full of natural wonders, cultural sites, and other attractions. Climbing Tomorri to reach its highest peak “Cuka e Partizanit” may prove a challenging venture even for experienced mountain climbers. Joining organized tours for hiking or camping is recommended for those enthusiasts with no particular climbing goal.

Mount Ostrovicë is part of a vast summit ridge. From all the peaks south of Albania, Ostrovica is one of the most remote, challenging, and beautiful. Ostrovicë differs from other more soft mountains nearby. The long jagged ridge is difficult to climb unless you are a fully equipped and experienced rock climber. You can start hiking the mountain near Marjan, some 20 km away from Voskopoja.

Ostrovica is part of a hook-shaped range 14 km long. From the top, one has a clear view of Mount Tomorri, the mountains of Gramosh, and the peak of Nëmërçka. On the lower parts, the area is perfect for pasture. Flocks come from other regions to graze during warm periods. There are no accommodating facilities along the way so climbers must be ready to camp after asking for permission.

Valamara peak is part of the Central Mountain range in south-central Albania, near the city of Gramsh. It’s one of the mountains with the highest prominence in Albania and Europe. Climbers can approach the mountain from a trailhead at the village “Grabovë e Sipërme” where there is also a lodge. Much of the hike goes through dens and shady pine forests, cold water creeks, and grass slopes. Near the summit, the terrain turns rugged and treeles with some small glacial lakes along the trail. Those who reach the top can enjoy a full view of the entire mountainous area immersed into clouds.

The peak of Shebenik is the crown jewel of the National Park Shebenik-Jabllanicë in eastern Albania. It’s the highest peak among many others of the same mountain range. The mountain is on the north west part of the park near the small city of Librazhd. The national park covering a surface of 33,927 ha includes the famous forests of Rrajca, a worldwide natural treasure protected by UNCESCO.

Hikers can begin the climb in the village of Hotolisht. The trek is one of the most beautiful in the nation, especially during spring and summer. To reach the top, climbers must cover a long linear distance of about 22 km (13.7 miles) through dense beech forests, countless mountain creeks, and illustrious scenes. Climbers must possess an above-average level of physical preparation and bring adequate water and food supplies. Wind resistance and waterproof warm clothes are recommended because of unstable weather conditions.

Çika is the highest peak of the Ceraunian Range. The mountain seems higher than it actually is, since it begins at sea level. Northern side of the mountain is part of the Llogara National Park. On the foot of Çika’s western side there are some of the best beaches of Albanian Southern Riviera. The route into the peak is a long-walk. It follows a path that goes through alpine-like terrain with steep slopes, rocky peak, and belts of mountain pine. From the peak, there is a beautiful panorama of the northern Ionian islands, Sazan, and Apulian coast.

Dajti Mountain shades the Albanian capital of Tirana from the east. As such, it is a very popular destination of leisure for locals and tourists alike. The quickest and easiest way up the mountain is by cable car. Transporting cabins lift visitors into a high mountain base very close to the peak. From here, you’ll get the perfect aerial view of Tirana, its plain and surrounding region.

There’s room for everyone in Dajti’s Mountain plain, a natural “acropolis” of Tirana. In there, some can just relax, enjoy the delightful landscape and savor dishes at an on-site restaurant. Meanwhile, others can go on hikes, explore the area, and embark on funny little activities and adventures. Dajti Mountain is part of a vast and mountainous Natural Park covering a surface of 292 km² (29,200 ha). You won’t be able to discover this whole world that’s home to species like wild boar, red fox, European hare, Eurasian wolf, brown bear, and different wildcats.