The Full-Scale Invasion Of Ukraine: Russia’s Assault On Peace, Freedom, and Europe 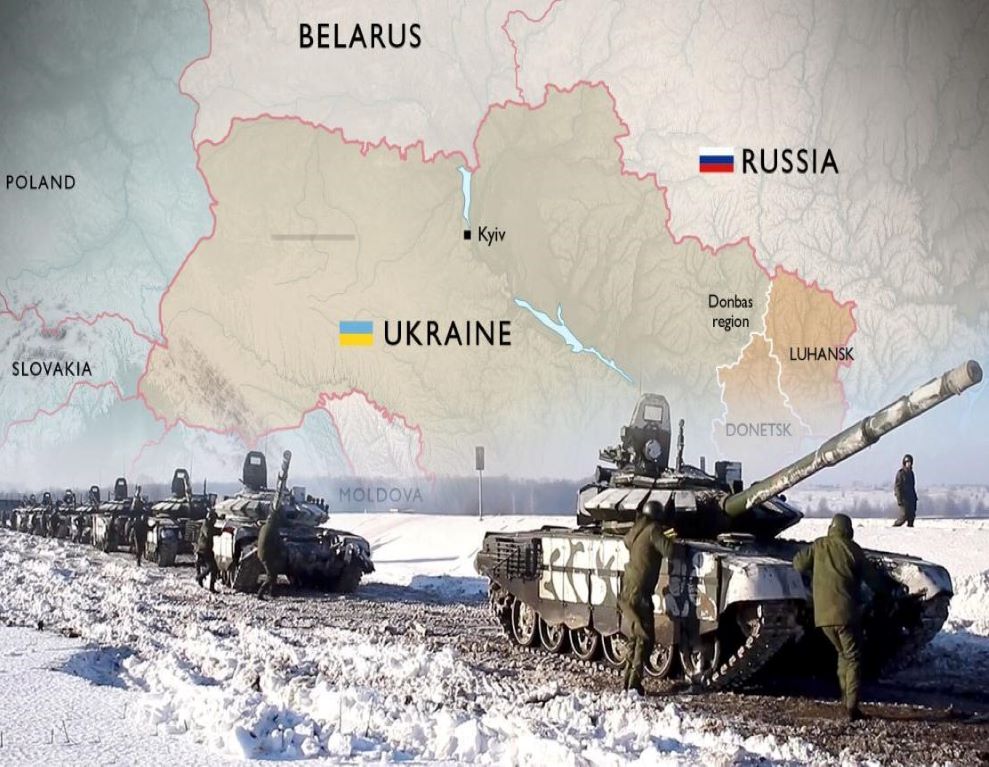 The Full-Scale Invasion Of Ukraine: Russia’s Assault On Peace, Freedom, and Europe

In the early hours of Thursday, February 24 2022, the full-scale Russian invasion of Ukraine began, sending shockwaves across the globe. In essence, this was only a continuation of the invasion which began in 2014 over Ukraine that since then dragged on. A deluded, destructive, and obviously despotic Russian president thus ordered the most cruel act of this century upon European soil. The order followed Putin’s recognition over Luhansk and Donetks’ independence, two separatist regions within Ukraine. An initially confused international community watched as hundreds of Russian war machines crossed the borders of a sovereign state in mass to bring horror and terror to a sovereign nation. But, despite the horrific news, the Ukrainian people and patriots braced themselves quickly and began brewing a stunning resistance.

No one doubted the resilience of Ukrainians but many were sceptical whether it could work effectively. The Russians had for months occupied spots across Ukraine with about 200,000 troops to maximize on the terrible geo-strategic position of Ukraine vis-à-vis Russia and their puppet ally, Belarus. Thus, Russian mechanized convoys began advancing in three directions in the hope of encroaching and limiting the troops of Ukraine; these incursions were made from Crimea in southern Ukraine, from the Russian-Ukrainian border in eastern Ukraine, and from Belarus in the north. A week into the invasion, this encroachment still continues.

Control over the capital, Kyiv, remains critical, with brave Ukrainian forces and citizens repelling several Russian incursions. Currently, a long Russian convoy bears down on the capital adding exponentially into the human loss happening there.

In the first couple of days, a couple of things became apparent; the Russians were targeting major urban areas with heavy artillery strikes and missiles. Kyiv, Kherson, Berdyansk, Kharkiv, Odessa, Sumy, and other cities endured constant artillery firings in an attempt to break the spirit of the Ukrainian resistance. The other element revealed a pattern of targeting military bases, airports, and oil reserves across Ukraine to annihilate the resistance’s supporting infrastructure.

Russian artillery had not spared civilian residences. Russian missiles befell over civilians killing some including children and wounding many others. Ukrainian authorities have reported at least 16 children killed from Russian strikes since the invasion began as well as 350 other innocent civilians. An International War Crimes’ Tribunal can hold Russia accountable for war crimes in the light of such killings of civilians.

Coping With a Harsh Reality

For now, though, the reality remains bleak. The Russian troops keep advancing in Ukrainian soil, achieving some hardfought, costly objectives. By the second day of the invasion, the Russians took possession of the Snake island (Zmiinyi island) on the north-eastern Black Sea; Chernobyl and other immediate areas on the Ukraine-Belarussian border; as well as Chernihivka and other immediate areas north of Crimea.

However, on the ground, determined Ukrainian forces repel and destroy numerous convoys. They maximized on the low morale of the misinformed Russian soldiers to cause severe damage to the invading enemy. The current Ukrainian president, Volodymyr Zelenskyy, leads the resistance by example. He has refused to leave the country, holding his office and thus preserving the legitimacy of his government and the democracy of his nation. In a matter of hours, Zelenskyy captured the attention of the whole world with his brave stance in the dangerous capital and heartfelt, constant, and courageous public appearances. As the Ukrainian president, his cabinet, and Ukrainians from all over the world pleaded for international help, the world began to listen.

As the truth spread through mainstream and social media, the world began to finally learn the bitter truth. All quickly saw the immoral, unjust, illegal, and inhumane nature of Russia’s federation endeavour. Unheard economic and financial sanctions were imposed on Moscow, sanctions that are rapidly tanking its economy. A complete block from European airspace was also imposed. U.S. and Canada have also closed airspace for Russian planes and airlines while Turkey blocked Bosporus for any crossing of Russian warships. South Korea, Japan, and Australia have imposed similar sanctions. Even neutral Switzerland has joined the sanctions over the Russian banks, transactions, and liquid accounts.

The international solidarity reached an inspiring highlight on 1 March, when Zelenskyy addressed the European Parliament asking the house to “prove” it stands with Ukraine and accept his country as a member with full rights. The President’s motion for initiation of EU membership was approved by the EU Parliament swiftly. This bid approval marks an unprecedented occasion when a country’s accession into the block is approved in an urgent, lighting-fast manner.

The madness of an unprovoked, illegal, and inhumane aggression continues. By the seventh day of the invasion, as the war escalated, even more, horrific stories unfolded. The Black Sea city of Berdyansk fell under Russian control. The Black Sea cities of Berdyansk and Melitopol have fallen under Russian control. The besieged Mariupol near Melitopol and Kherson on the other side of Crimea are hanging by the thread. Heroic resistance continues in Kharkiv and Kyiv, a stance that Russians try to break mainly through artillery and missile strikes.

On the first morning of March, two ballistic missiles fired from Belgorod hit Kharkiv killing at least 18 people. These strikes obliterated the local government headquarters of Ukraine’s second largest city as well as another residential building. Despite this, Kharviv’s forces stand firm, successfully repelling and damaging the aggressors. Kyiv is also holding strong. Zelenskyy urged Ukrainian forces to take extraordinary steps in preserving the capital. The Ukrainian president announced the establishment of a military administration to preserve the capital and appointed as its head general Mykola Mykolayovish Zhernov.

Soldiers were killed on both sides in the bloodiest conflict since Serbian massacres in Bosnia and Kosovo in the 90s. Ukrainians authorities report about 9,000 Russian soldiers killed in combat. Independent agencies have reported or assumed victims from Ukrainian armed forces too but the exact number remains obscure. Yet, hundreds of civilians keep risking and losing their life in defence of their homeland. Others are enduring immense suffering simply for being Ukrainians and living in their nation. More than half a million vulnerable people have fled the suffering lands seeking shelter in neighbouring Poland, Slovakia, and Romania. If the war continues, the EU has warned this number could reach up to 7 million people.

Ukraine had already amazed and inspired the world. They have, after all, single handily stopped one of the largest armies in the world. No matter how things go one thing is clear: the Ukrainian people will not back down. They will keep fighting for their homeland and even resort to intensive urban warfare if necessary. A citizen from Kyiv where the battle is now fierce says that “Ukrainians will stand for the country and the flag“. Another resident from the more stable Lviv stressed the essential need to “live in peace on our land“. A citizen of Ternopil summarizes the mindset and emotions of the Ukrainians using the following sobering words: “We want peace in our sovereign country…In our hymn there are these words “we will lay down our soul and body for our freedom”. That’s the answer“.

– For a description of the next events that occurred following the first week of the invasion and covering the whole first month, especially the events in between March 3 (Tuesday) to March 24 (Tuesday), 2022, read our next article: “A Month Into Russia’s Conquest Of Ukraine: What Was Lost, And What’s At Stake?“.