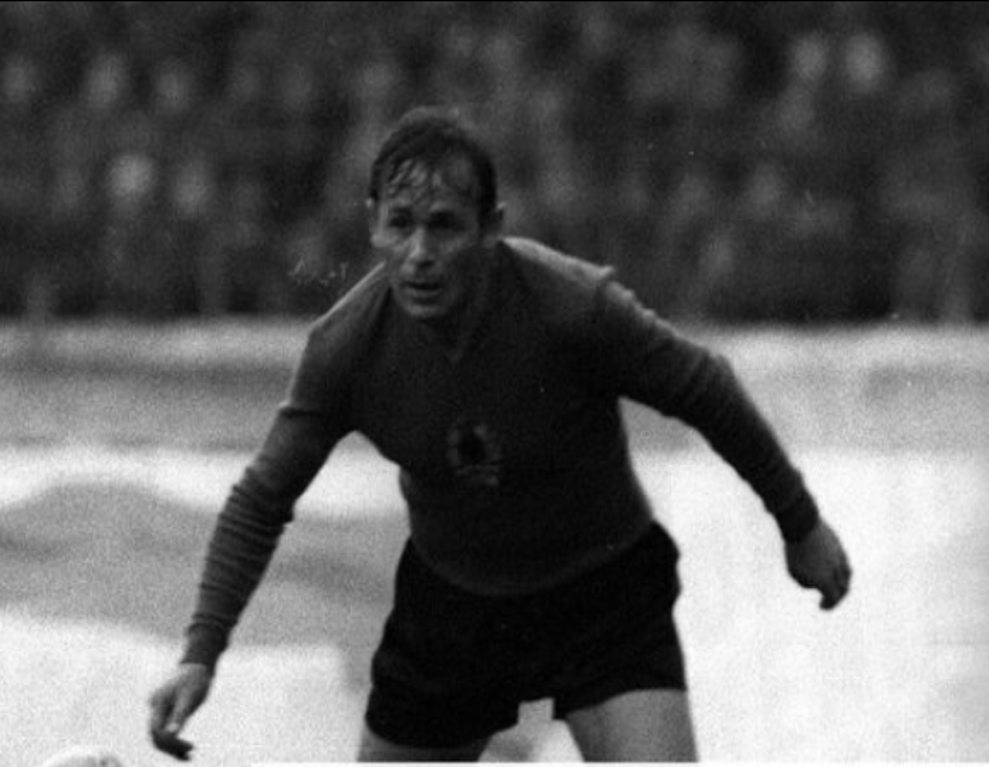 Many consider Panajot Pano (1939-2010) the greatest Albanian football player. His precise strikes, powerful headers, and slick maneuvers turned him into the most prolific center-forward of Albanian domestic football. Specialists still consider him the most impeccable Albanian player ever.

Panajot Pano was born in the seaside city of Durrës but grew as a footballer in the ranks of KF Tirana in the capital. Strangely, he tried first as a goalkeeper. However, thanks to the coaching staff at Tirana, he moved into a forward position. His attacking mindset and talent impressed everyone in the most titled Albanian club.

Thus, he joined the first team in 1957, aged 18. His most impressive season with white and blues was that of 1959. The prolific attacker finished first on the goal-scoring sheet and helped his team finish second in the league. After 15 goals with KF Tirana, Pano moved to another club, FK Partizani Tirana, where he would play for the next 15 years.

On 12 December 1959, Pano joined Partizani Tirana, the army’s club, as an automatic enrollment due to his enlistment in the Albanian army. He made his debut with the new team on 24 February 1960 in the derby match against Dinamo Tirana. The attacker marked his debut with a goal scored in a game that his side won 3-0. The attacker scored seven goals in his first season with Partizani, helping the team finish second in the league. It was a well-performed prelude to a remarkable career with the reds.

Pano excelled during the 1961 Albanian top-flight’s division. He scored 14 league goals that season grading him as the top-scoring player. His decisive goals helped the team win the championship, Partizani’s 8th league title. His contribution this season also earned him the “Albanian Sportsperson of the Year” award.

In 1962, Pano attempted to win his first international competition. Partizani reached the final of the so-called Spartakiad, an official contest between military football clubs of the eastern communist bloc. Despite the high performance of the forward throughout the tournament, Partizani lost that final to XI CSKA/SKA formation. Pano scored four goals in this competition, including a memorable hat-trick against Vorwärts (B) Berlin.

The 1969-1970 season was Pano’s golden season. He won a triplet that included, apart from a League Championship and Albanian Cup, an international triumph; the Balkans Cup. He earned the domestic league “Golden Boot” with 17 goals, scored one goal in the two-legged final against KS Vllaznia in the Albanian Cup, and scored two goals (both against FK Sloboda Tuzla) in the Balkans Cup group round.

The triumph in the Balkans Cup became official on 16 August 1970, after the other finalist, PFC Beroe of Stara Zagora, forfeited the returning leg. (the first leg in Stara Zagora had finished 1-1). This historic triumph made Pano part of the first and only Albanian football club to win an international tournament.

Panajot Pano left his mark with the Albanian international team as well. Pano appeared for the first time with the Albanian jersey in a friendly game on 2 June 1963. He made his official debut on 29 June 1963 in the 4-0 away loss against Denmark.

On 30 October of that same year, Panajot Pano scored the only goal against Denmark in the returning home match. This winning goal, available for the 1964 European Nations Cup, marked Albania’s first-ever win in a qualifying match.

Pano continued to play for Albania consistently until 1973. By the time he retired from the national team, he had played in 24 matches, all as starting eleven, captaining at least seven of them, and scoring four goals. He was also among the 50 shortlisted candidates for the 1970 Ballon D’Or, the only Albanian to appear on such a list.

The scoring rivalries of Pano with Robert Jashari in the 60s and Ilir Pernaska in the 70s are famous and almost cinematic. By the time he retired in May 1975, Panajot Pano had become the undisputed king of the Albanian forwards, with 144 total goals in the domestic championship alone. Currently, he stands 6th in the list of all-time top goal-scorers of the Albanian top-tier league.

The astonishing performances and impressive achievements of Pano echoed years after he retired. In 2003, Panajot Pano received the Golden Player of Albania award, presented by a collaboration of UEFA and Federata Shqiptare e Futbollit (Albanian Football Association). In 2005, FIFA declared Panajot Pano as Albanian Player Of The Century in a list compiled for every country worldwide. Recently, the IFFHS published the best 11-men formation in the history of Albanian football, where Pano appeared as the starting right-side forward. Furthermore, this same IFFHS considers Panajot Pano as the best Albanian football player of all time.

The football legacy of Pajot Pano continues to inspire generations of athletes and especially Albanian football players in Albania and abroad. With a Historical Popularity Index (HPI) of 63.45, Panajot Pano is the most famous Albanian football player in online searches and the Internet overall. In addition, a stand of the Air Albania Stadium in Tirana, the largest in the country, bears his name.