Epirus before Pyrrhus and after Alexander the Molossian 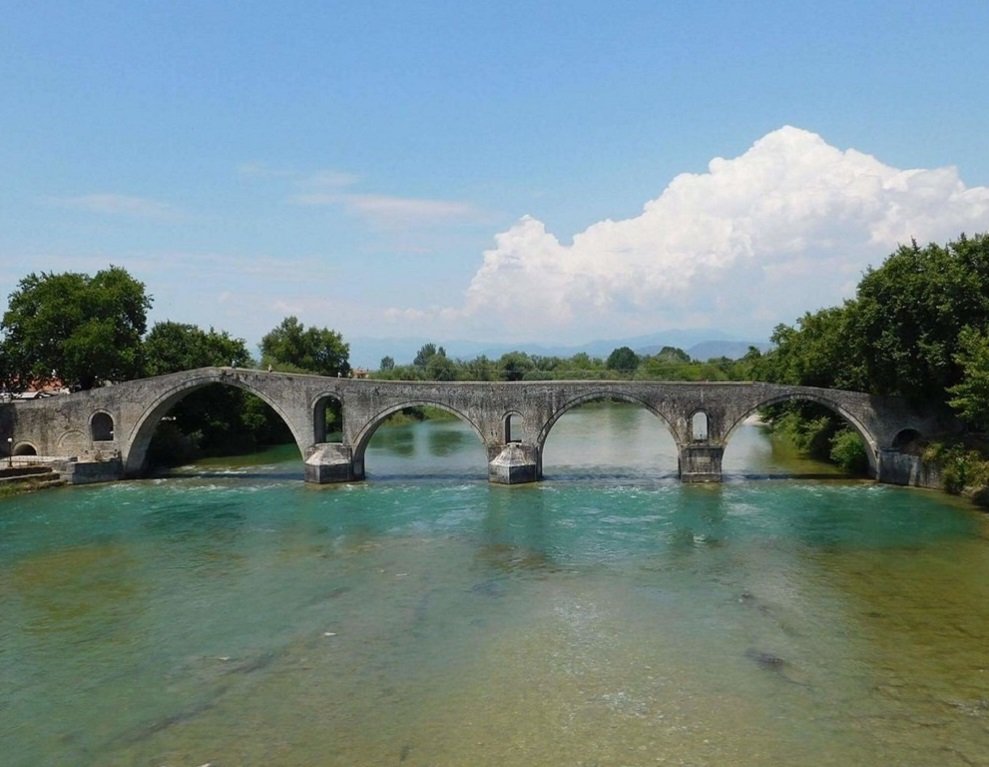 Epirus before Pyrrhus and after Alexander the Molossian

The period following the rule of Alexander I of Epirus

Epirus before Pyrrhus and after the demise of Alexander the Molossian is dominated by periods of social and political turmoils. Alexander the Molossian left a young son known as Neoptolemus II as a legitimate successor. At the time of his father’s fall in southern Italy, he could not have been more than five years old, thus only an infant unable to actively rule the Epirot Alliance. As such, Cleopatra appears to have been named in charge of ruling an Alliance on behalf of her son, although she seems to have enjoyed the ruling position for some time now since Alexander left Epirus to campaign in Italy.

The other Alexander was also absent in the region during the time of Cleopatra’s accession into the regency position. Yet, the Macedonian successes in the east ensured stability for the states allied with Macedonia such as Epirus, especially when the latter was governed by Alexander’s full-sister. As part of the Argead royal family, Cleopatra could rely on the echoes of her brothers’ triumphs against Persia to enjoy an unchallenged position in Epirus.

Matters started to change in 324 B.C.E., when relations between Olympias and Alexander’s appointed regent in Macedonia, Antipater, turned sour. Alexander, from far away, seems to have ordered his mother to go into Epirus while her place in Macedonia was taken by Cleopatra, as a move that would be in all parties’ best interest. Thus, Olympias and Cleopatra interchanged their position, the former taking the charge of Epirot affairs on behalf of her nephew Neoptolemus II, while the latter returning to Macedonia to play the role of an Olympia.

In 323 B.C.E., Alexander succumbed in Babylon due to a mysterious illness. This event would mark the beginning of an unprecedented age of warfare, with Alexander’s former generals fighting for the portion of the expanded Macedonian empire. This era would affect political affairs in Epirus and reignite domestic turmoils.

While the Macedonians were struggling to maintain cohesion in their state affairs, Epirus would initially try to reestablish a ruling line independent from Macedonia, as it was before Philip. Olympias seems to have welcomed the return of her cousin Aeacides from exile on the Epirot throne, in about 321 B.C.E. Aeacides was the son of the same Arybbas who had been expelled by Philip some twenty-nine years ago. His accession marked a return into the direct line of succession of Arybbas, a return that Athens seems to have welcomed. Meanwhile, Olympias still maintained some sort of political power at the point that we can even suggest a co-rulership of Epirus by both Olympia and new ruler Aeacides.

Ambitions of Olympias beyond Epirus

Olympias remains fairly neutral until 319 B.C.E. when general Polyperchon, one of the commanders of Alexander, named a new regent on behalf of Alexander IV (Alexander the Great’s son) was forced out of Macedon from Cassander. The general, along with the infant prince and his mother Roxana fled into Epirus. This development officially involved Epirus in the Succession Wars. Olympias realized that her grandson Alexander would never be allowed to rule over Macedon as long as Cassander was there. Thus, Olympias, supported by the king of Epirus Aeacides and Polyperchon launched an invasion of Cassander’s Macedon. Accordingly, in 318 B.C.E., Aeacides and Polyperchon restored Alexander IV on the throne at the guardianship of Olympias.

Upon establishing herself on the Macedonian rule, Olympias surrounded with her support forces Adea/Eurydice in Euia, a town somewhere in Dassaretae. Most of the Macedonian soldiers commanded by Eurydice defected to Olympias. This left Eurydice in the wild until she was captured along with Alexander’s half-brother Philip. Olympias ordered the execution of Philip, his wife Eurydice, and hundreds of selected supporters of Cassander. This helped the legitimacy of her guardianship but diminished significantly her popularity among the Macedonians.

When the news on the execution reached Cassader, he was busy besieging Tegea in Peloponessus. Cassander at once came to terms with the besiegers and hastily marched towards Macedon. Olympias sent her general Aristonous to intercept Cassander while herself stood at Pydna accompanied by Alexander’s son, his mother Roxane and Thessalonica, daughter of Philip, also Deidameia, daughter of Aeacides, and other trusted companions. It appears that Olympias hoped to get further reinforcements from sea as she only had at her direct disposal some Ambracian cavalrymen and some soldiers of the court, as well as a contingent of Polyperchon’s elephants. Other reinforcements were hoped to come from Epirus.

Aeacides tried to come to the aid of Olympias at Pydna, and marched with forces towards Macedonia. To counter such move, Cassander ordered his general Atarchias with an appropriate army to intercept the Epirotes. In addition, Macedonian agents may have infiltrated the ranks of Aeacides’ army instigating them into disobedience. Cassander’s general carried his order swiftly and occupied the passes from Epirus into Macedon thus holding Aeacides inactive. Furthermore, many soldiers rioted among Aeacides’ army. The Epirot king thought it was a good idea to disband the rebels and keep only the most loyal supporters. Yet, not only a few loyals remained with him, but the soldiers that were disbanded went back to Epirus where they influenced the issuance of a public decree that dethroned Aeacides, clearly following an agenda instigated by Cassander. Aeacides thus fled from Epirus.

Cassander tried to establish some sort of Republic and appointed a certain Lyciscus to act as an overseer or “epimelete” of the country. This appointment is consistent with Cassander’s policy in other cities and regions also dependent on him, specifically, not to appear as interfering directly but rather protecting his interests with officials who were on his side. Such men were Demetrius of Phalerum at Athens, Damis at Megalopolis, and Lyciscus in Epirus. In between 315 – 312 B.C.E., Antigonus sent a number of his agents into Greece and surrounding regions to fuel opposition against Cassander. These agents found a perfect environment in Aetolia (a region that was not subdued by Antipater or his son). The Aetolians had previously sheltered Aeacides and promptly supplied him with resources needed to regain his throne.

In 313 B.C.E., Aeacides, supported by Aetolians, marched into Epirus and regained his throne. His repeated effort into reigning over Epirus was brief. Cassander sent an army led by his brother Philip to dispose of Aeacides. Aeacides and Philip’s troops faced each other at Oiniadai (modern Oiniades, Trikardo). The Macedonians won the battle and Aeacides fell in combat. All related family members and friends of Aeacides were persecuted and killed. Aeacides’ infant son, Pyrrhus, then six years old, was saved by some trusted persons loyal to Aeacides. This was the same child who would later become the most powerful king of Epirus and one of the most important generals of antiquity.

Even the demise of Aeacides did not diminish the influence of Aetolia, rather, Alcetas, pretender of the throne, caused turmoil along Epirus no doubt with the help of Aetolians. Noticing the falters of his policy, Cassander offered to recognize Alcetas as ruler of Epirus in exchange for a promised alliance (smartly doing what his father had offered ten years ago). The offer was accepted by Alcetas thus allowing for an independent Epirus that was yet an ally of Macedon. Alcetas’ position in Epirus was further secured a year after the alliance, when a general peace was established between the Successors.

This peace between successors cited Greece and the regions adjacent to Epirus as free but soon they themselves began interfering with its liberty and competing for its control. The largest initiative in Greece and this region was launched by Antigonus in 307, who sent his son Demetrius with a large fleet and army. This campaign sent a message to all Cassander’s enemies and opposes across the region. The news on this dynamic arrived in Epirus as well where it fueled the nationalists there. The reaction was so large that the up-risers murdered Alcetas, who was officially regarded as an ally of Cassander because of his signed peace with Cassander, as well as his family including his sons. Neoptolemus II was proclaimed as the new king of Epirus.

Demetrius withdrew from Greece three years after his ambitious expedition. This retreat caused another chain reaction in local politics and reshaped again the already unstable dynamics of the region. In 304, Glaucias intervened in Epirus and placed Pyrrhus (son of Aeacides), whom he had until now sheltered and protected, on the throne of Epirus. Pyrrhus I would soon become the most renowned king of Epirus.

This article continues from: https://www.albanopedia.com/ancient-states-regions/epirus-during-the-reign-of-alexander-the-molossian